For this episode, Mark Westmoreland talks about the origins of the Dooley brothers, his approach to writing villains, the book he’s working on next, and so much more.  Thank you so much Mark! Follow Mark Westmoreland on Twitter and Instagram: @ItsMarkYall

Mark Westmoreland recommends: A Fire in the Night by Christopher Swann; Hillbilly Hustle by Wesley Browne; Walking Through Needles by Heather Levy;  It Dies With You by Scott Blackburn; The Past is Never by Tiffany Quay Tyson; Wise Blood by Flannery O’Connor 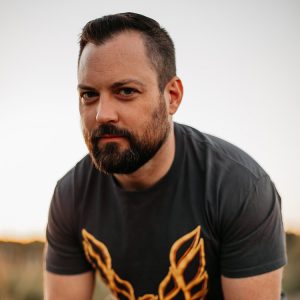 “Nate’s morning began like any other. So how could he possibly know that well before the day was over his life would never be the same?” ~The Mother I Never Had by Gary Goldstein.

Hook set! I loved talking with former Long Island native Gary Goldstein about his latest book, The Mother I Never Had featuring protagonist Nate Cronin. When Nick discovers that his father kept a life-changing secret from him, he has the daunting task of reevaluating everything he thought he knew about his own life. Gary details Nate’s journey of self-discovery in such sensitive and comprehensive ways, I couldn’t put the book down. As bestselling author Iris Rainer Dart says, “There are so many surprises and joys in this beautiful, human, well-told, emotionally rich story, that you won’t want it to end.” And how could you possibly disagree with the bestselling author of Beaches?

Gary and I could have spoken for hours, and I’m so glad I had the opportunity to host him for this episode. Don’t miss this book and don’t miss Gary’s debut, The Last Birthday Party. Both are perfect for book discussions!

I had the absolute pleasure of hosting author Louise Kennedy for her debut novel, Trespasses. Set in Northern Ireland during the Troubles, Trespasses is a shattering novel about a young woman caught between allegiance to community and a dangerous passion.

We talk about the inspiration for Trespasses, a possible movie treatment, her award-winning short stories, and yes, her glorious orange cake. Thank you so much for joining me Louise, I loved every minute!

Luisa Smith of Book Passage says that Trespasses is, “the knockout debut of the fall season – a gritty depiction of Northern Ireland during the period known as The Troubles. Kennedy does a masterful job of bringing this period to life.”  Do not miss this book!

Louise Kennedy recommends: My Fourth Time, We Drowned: Seeking Refuge on the World’s Deadliest Migration Routeby Sally Hayden; These Days by Lucy Caldwell (has not yet been published in the US). 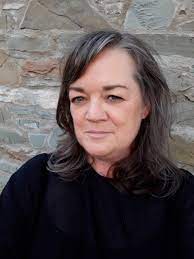 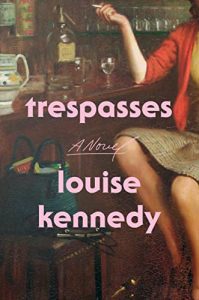 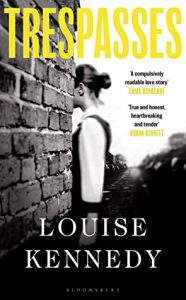 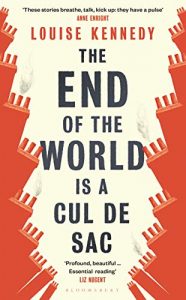 Fellowship Point by Alice Elliott Dark is the masterful story of a lifelong friendship between two very different women with shared histories and buried secrets, tested in the twilight of their lives, set across the arc of the 20th century, and it is magnificent.

“I can’t remember the last time I’ve fallen so hard for a book. Fellowship Point is about many things: friendship, secrets, legacy, love, family—but the true magic here is in the writing…” ~ Cynthia D’Aprix Sweeney

Fellowship Point: this book, this book! It was such a joy to read and this conversation is fantastic. I cannot thank Alice enough.

Alice Elliott Dark recommends: The Complicities by Stacey D’ Erasmo; Which Side Are You On by Ryan Lee Wong; Lucky Turtle by Bill Roorbach

Place you holds here for all Alice Elliott Dark titles. 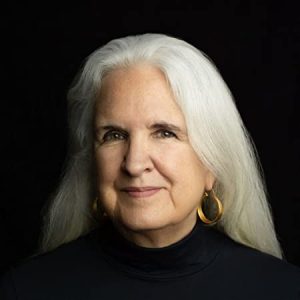 The Old Place by Bobby Finger is a bighearted, moving debut about a wry, retired schoolteacher whose decade-old secret threatens to come to light and send shock waves through her small Texas town and I loved every page. Emma Straub says, “I loved being…in the heads of some wonderfully tangy old Texan ladies.”

For this episode, we talk about places in our lives: new places and the old places. The people that stay and the people that go,  the choices people make, the secrets they keep, and how these characters try to live with those decisions. The Old Place is book club gold, so don’t miss this incredible conversation with Bobby Finger. Thank you so much Bobby!

Place your hold for THE OLD PLACE. 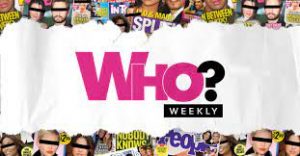 The Displacements by Bruce Holsinger is an adrenaline-fueled story of lives upended and transformed by an unprecedented catastrophe. Holsinger weaves the story of a well-to-do family around a catastrophic hurricane that strips them of their privilege and exposes their humanity.

This episode we talk about how The Displacements shatters the complacency of every day life, we get into the mechanics of writing suspense, the book cover, and more. Thank you so much Bruce!

Bruce Holsinger recommends: Appleseed by Matt Bell; How Beautiful We Were by Imbolo Mbue; The Children’s Bible by Lydia Millet; How High We Go in the Dark by Sequoia Nagamatsu

“I’m very interested in how we define ourselves to other people…” so says  author Hayler Scrivenor about her amazing debut Dirt Creek. Dirt Creek is a suspenseful police procedural about a missing girl that takes place in a very small, rural, Australian town and it is riveting stuff!

For this episode we talk about the origin story of Dirt Creek, what Hayley is working on next, we even discuss Iced Vovos, TimTams, Twisties, and other Australian confections.

I was so fortunate to once again join forces with Cindy Burnett host of Thoughts From a Page podcast, to bring you this special episode and we just had a blast. Thank you Cindy, and thank you so much Hayley!

Hayley Scrivenor recommends: A Little Life by Hanya Yanigahara; The Year of the Horses by Courtney Maum 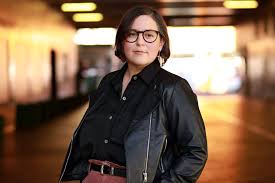 Welcome to the 100th Episode of the Top Shelf Podcast!

I couldn’t think of a better way to spend it than with the brilliant Julia Armfield talking about her debut novel, Our Wives Under the Sea. You may remember that Julia was my guest for Episode 32. Back then we discussed her fantastic book of short stories, Salt Slow. For this episode, we talk about her new release, Our Wives Under the Sea, which is a gorgeous debut that is a fathomlessly inventive and original portrait of marriage as we’ve never seen it before. Critics are raving and I wouldn’t steer you wrong in the ocean of books out there – please don’t miss this episode and don’t miss this book. Thank you so much Julia!

What a joy to host for the third time author Jess Montgomery for the next book in her Kinship series, The Echoes. Jess and I chatted about her amazing main character Sheriff Lilly Ross, the very personal background behind the title, WWI, keeping the series fresh and more! Remember, you don’t have to read the series in order, that’s the beauty. Please make your next read The Echoes.

Place your holds here for the other books in the Kinship series!

“Madeline Kay Sneed has written a Friday Night Lights for a new generation. The Golden Season is a heartfelt story of finding yourself, coming out, and coming home… A tender, bighearted exploration of family, first love, and faith, with a gorgeously evoked west Texas landscape as backdrop.” —Sarah McCraw Crow, author of The Wrong Kind of Woman.  An absolutely spot-on review for this remarkable debut, a novel about love, acceptance, and the expansion of your heart.

For this episode, debut author Madeline Kay Sneed chatted with me about writing a debut novel, setting the novel in West Texas and signature cocktails. Madeline even offers to teach me how to say, “y’all” like a true Texan. A must listen, thank you SO much Madeline!